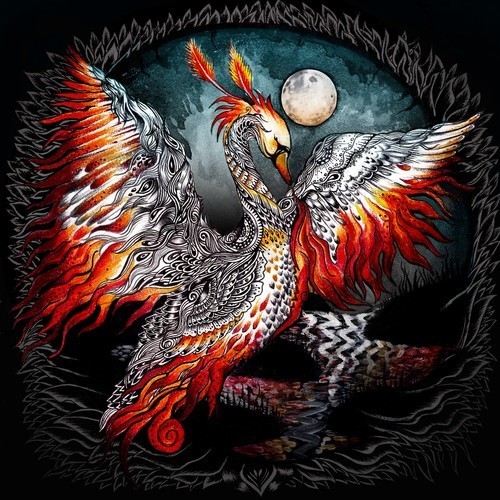 Kuopio-based Kuolemanlaakso, featuring Mikko Kotamäki of Swallow the Sun on vocals, debuted at #10 on Finland’s Official Album Chart with Tulijoutsen, the stunning follow up to their critically-acclaimed 2012 debut, Uljas uusi maailma, and their 2013 EP, Musta aurinko nousee.

“Everybody knows that Finland is a metal country, but it’s still uncommon for a death doom band with seven minute epics to reach the top ten. This proves that not all hope is lost, and people still have good taste in music,” states guitarist-keyboardist Laakso.

With Tulijoutsen (“The Fire Swan”), Kuolemanlaakso continues to create its trademark walls of heavy, down tuned guitars and extreme string-bending, while setting out to explore new, more melodic dimensions. As with previous efforts, all the elements were forged into their final form by renowned producer-guitarist V. Santura (Triptykon, Dark Fortress, Noneuclid, Woodshed Studios), who also guests on the album.

Beginning this Friday, March 14th, Kuolemanlaakso will head on the road with following dates: